the last Christmas blocks (and some cats)

I've been working a lot of shifts lately (volunteering to help out during the busy season!), plus family holiday celebrations, and that means not much sewing or blogging!

But I did, in the last few weeks, manage to squeeze in time to finish the Christmas blocks, so I'll share those first. 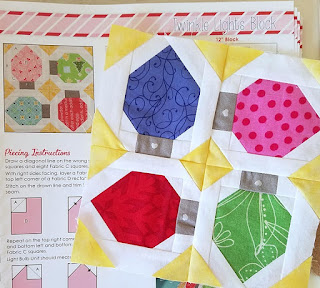 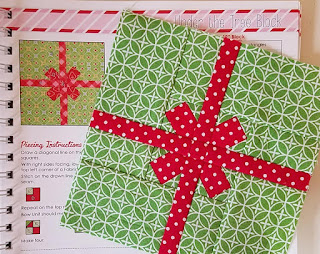 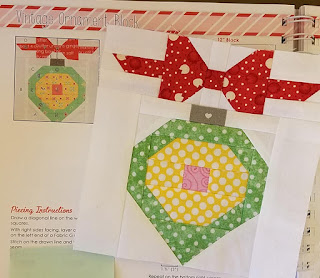 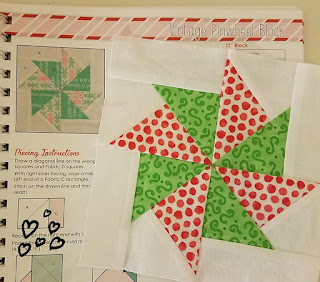 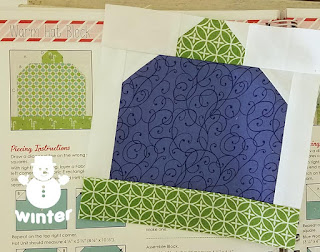 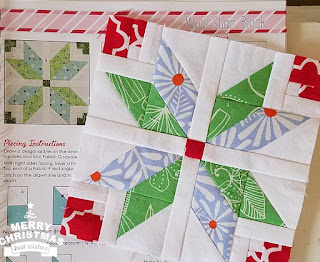 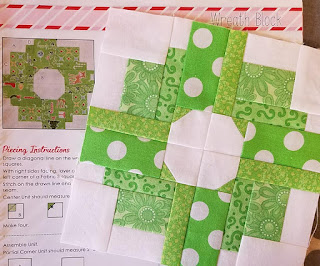 The first five were done in one (very crazy) week and the last two were the final week of the sew-along.  I still have to embroider a few things and hope to find time today to cut the cornerstones and sashings.  I'm not sure how I'll border and finish it, as I'm not as smitten with the designer's pattern there.  But I've got plenty of time, right?

Today has been the first day off work I haven't also had other obligations or sick cats.  Well, I do have a doctor appointment for me in a bit, but in general, it's been an easier day.  I've been doing chores this morning, but finally am caught up!  For today...

Want to see more photos of new cat Freddie?  Of course you do! 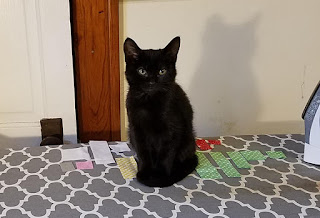 As he grows, he's learning to get into things.  When he first arrived, he was too little and unsure of his jumping abilities, so he did things at floor level.  Well, let me tell you...this cat is growing like a weed (gained almost a whole pound in a week!) and this morning I found him on top of the fuse box in the back room...about 6 feet up!

But this photo of him on my ironing board was one of his earlier adventures.  I think he was following sister Emma, who jumped out of the photo as soon as she saw the camera coming.

Wrapping gifts was an adventure.  He wasn't too destructive, but definitely helpful...

He's adjusting well, obviously.  But when he went to the vet a week after we got him, he had an upper respiratory infection.  So he was put on meds.  He didn't get anything else because we didn't realize he was only 8 weeks old when we brought him home.  They can't do much until they're 10 weeks, but the meds needed a checkup about a week later, so he got a booster shot and such then, too.

In the meantime...first Emma started blowing snot bubbles.  I'm sorry if that's gross to you.  It was gross to me, too.  So the vet had already put a note in our file that Freddie may infect the others, so Emma was put on meds, too, without a trip to the vet.  She, 5 days later, is doing better.  Not really happy about the pills, but adjusting to that.

Then Skitter had a pooping incident and I thought she was dying.  So she went to the vet and I went to work late.  The vet said she's stressed out.  I don't doubt that - she came with the name Skitter 15 years ago and still is scared of a lot of things - but I couldn't believe that was all it was.  So she came home with a calming collar (it looks like a flea collar, but has pheromones to calm her...seems to be working...) and some meds because they looked at her poo and said the bacterial balance was off.  Pilling Skitter is like taking your life into your own hands.  But we're figuring it out.  And she is doing better, poops and all.

Then, a few days later, Skitter started blowing snot bubbles.  I didn't want to try to give her two kinds of meds three times a day, so I asked the vet, when they squeezed her in yet again, if they could do the injection version of the antibiotics for the upper respiratory infection.  They obliged and though it's more expensive, it is well worth every penny for her!  She is doing better, but still a little sneezy.

In the meantime, Lexie wasn't eating.  Well, none of them were eating well, but some were worse than others.  So I bought another calming collar for Lexie.  Let me warn you...if they have a non-scented version, choose that one.  Because I now know wherever Lexie is...because the chamomile and lavender flavor is very strong.  Even more than a week later!  She is eating well again and, knock on wood, seems healthy otherwise.

Gabby was really mad at me for a while, but finally realized she could play with Freddie.  She's a little rough for a tiny guy (he's about 3 pounds and she's about 9), but he's having a grand time and returning the pounces.  I think she's happy to have a playmate close to her age and I think Lexie is happy she's not getting attacked regularly by a spazzy kitten!  She also is healthy, knock on wood! 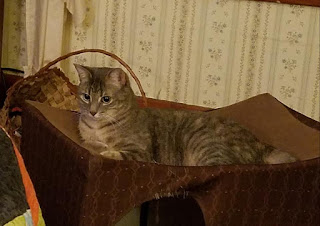 So it has been a crazy week and my checkbook is feeling the hurt from all the vet visits.  But those extra hours at work will help, even if I would have rather been at home!  And I know this is how life goes when you have pets.  And even more so when you bring home a new one.

In other news, we had a nice Christmas.  A few celebrations to catch all the family, but good food and good times.  I got a few quilty things (no photos, sorry - maybe next time?) and a few other fun things, too, plus some gift cards to buy my own quilty stuff!

In a few days I leave for a quilt retreat and am very happy that earlier this month, when I had time, I prepped some projects because I have to work the next two days and won't have a lot of time before I go.  I'm excited to go.  I need some time off from the too many shifts at work, stress of sick kitties and general stuff at home.  It will be nice to have someone else cook my meals and run the vacuum after I leave!  I'll try to remember to take photos, but I'm sure you know how it is when you get sewing and gabbing...you forget all about the camera!

geez, I guess they really are like kids... when one gets sick, they all get sick. I don't envy you all that... it's bad enough here when it's only one of the two cats. Buddy is a lot easier.
I was beginning to think you'd fallen off the face of the earth -or at least left for retreat early.. I kept watching for your latest blog and kept watching and kept....
I like that Christmas quilt a long you've been doing - just not enough to do it myself. I have enough here already and have a new kit coming in a week or so - darned end of year clearance sales lol.
Well, have fun at retreat and we'll cya when you get back... don't be surprised if I send you messages reminding you about photos! lol

Your Christmas blocks are cute! I especially like the "bulbs" and the "present". Sorry the kitties have been sick - snot bubbles - sounds like kids - one gets sick and the others follow suit - then it goes around again - UGH! Freddie is a cutie - and like kids - they're cute when they're little - ;))

My goodness what a run you've had. Nice to read further down that the kitties are all on the mend. Darn that Freddie is too cute!. Your Christmas blocks are terrific. Have a lovely time at retreat and bets wishes for a happy and healthy New Year!

The Christmas blocks are all so cute! I can't wait to see the finished layout. I love all the kitty stories, sorry to hear they have been sick, but it sounds like things are getting better. Have fun at your retreat, that sounds like so much fun! Happy New Year!

Freddie is such a cutie! Maybe with as many cats as you have, the new baby doesn't seem like too much of an intruder. Too bad about all the vet bills. It almost always happens that when you get some extra $ (working more) something comes along to use it up that you didn't count on, so you can't use the $ on fun things. I got a rather large gift certificate to my LQS from my DS and think that I will try to use it for some backings, etc. I really want to get some UFOs finished before I get involved in a bunch of new things. I have 3 flimsies hanging in the closet and I usually don't wait like that to get things finished. I may need to add a border to one or 2 of them, but that won't take long. Happy new year and have lots of fun at the retreat!!

Sorry your kitties have been sick, but they've got a great cat mom to look after them :) Enjoy your retreat. Sounds like you've earned it!